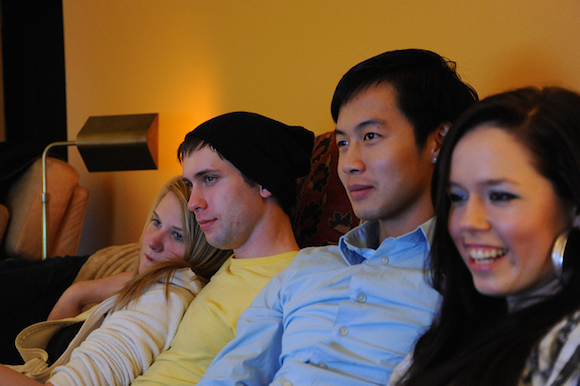 While catching up with a dear friend of mine, she said something that made me smile on the outside but shake my head on the inside.

I was describing what was going on in my life and what I’ve been working on for the past couple of years.

And she turned and said with absolute sincerity in her voice, “That’s amazing. You’re living the life.”

What could I do but smile back?

Her reasoning and expectation of what it meant to live the life was completely different from mine.

Running my own business and traveling wasn’t my idea of living the life. They were both aspects that I cherished, but they were both too familiar to me now. The novelty wore off a while back and I readily admit I’ve already begun taking them for granted.

As her eyes told me how proud she was of me, I wanted to let her in on a big secret.

I wanted to say that living the life wasn’t about the countries I’ve visited or the memories and hilarious anecdotes. Neither was it about admiration or earning respect from others.

I looked to my right, away from her, and smiled again.

As we sat there with several of our closest friends not 10 feet away from us, eyes glued to the television and playing video games, I felt a happiness inside of me that bubbles every time I’m with them, my family, and a handful of others.

It is and always was about the people in my life. People I’m fortunate enough to be able to hug. They’re the ones who make me feel like I’m living the life.

It’s a feeling I’ve never felt while on an airplane to a next vacation destination.

The superficial luxuries could all disappear tomorrow and it’d all be okay.

The romantic notions and the grandeur that other writers happily exaggerate to give the illusion that somehow they’ve “made it” are easy to pass up on once you’ve shared the same experiences they’re writing about. None of it comes close to fulfilling you the way a good friend can.

I’ll go ahead and say it. I feel fortunate enough to be living the life.

And that’s because I’m lucky enough to be surrounded by such good company.

Hold your dearest friends close and cherish the good times as you make them.