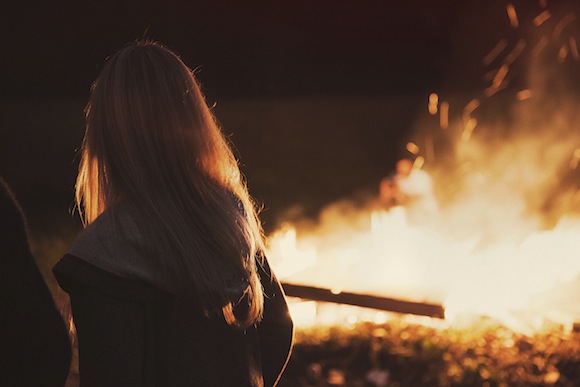 It’s been a year and a half since I last presented in front of an audience.

The last time was at Arizona State University, just one day before I found out I was hired by Empire Flippers.

The room was filled with MBAs and Arizonian startup founders. I was there representing a co-working space, Gangplank.

And I blew it.

I forgot what I was supposed to say. I kept nervously shifting my weight. I stumbled over my own words.

It was over for me.

My partner looked at me, knew I lost my place, and he calmly picked up where I had left off.

The whole time I was standing there while trying my best not to look defeated.

One of the audience members asked, “What makes you two the best representatives for Gangplank?”

I didn’t know how to answer that, so my partner did instead.

By the time applause came, I didn’t feel like any of it was for me.

I walked in feeling like a big shot because I was the youngest one in the room, giving a presentation to a crowd of successful players.

But I had left feeling a fool and hoped no one there knew me or would Google my name.

15 months later I got another chance to redeem myself after the last presentation blunder.

TEDxUCIrvine was looking for speakers to present at their next event and speaking at TEDx was something that I had been wanting to do for a while now.

Immediately, I knew I wanted to talk about the power of location independence.

If I were to boil down everything I’ve learned while traveling, I would have to emphasize this:

Being able to work on my own schedule and from anywhere I want is what makes working so satisfying. Take that away from me and work is no longer synonymous with play.

Most people aren’t aware that there are alternatives to clocking in at 9am and leaving the office at 5pm, a routine the majority grow to dislike.

My main belief in why many dislike their jobs is because they lack the ownership of time and flexibility.

And these were ideas I wanted to share with the TEDx audience.

I had rehearsed over and over, making sure I knew where each minute was going. I practiced in front of a few friends and even went to a Toastmasters meeting to get feedback (the latter totally kicked my butt, by the way.)

I was getting more comfortable presenting outside of my mirror.

But just like the presentation I gave at ASU 15 months before, my body wouldn’t stop shaking.

My heart was visibly pounding and you could see a small part of my t-shirt move back and forth ever so gently from the beating.

Regardless of the fear, I auditioned.

I went in to be judged by a group that would determine if I’d speak to an audience of hundreds. Give a presentation that would, of course, be uploaded onto the internet and shared with an even larger crowd.

By the end of the audition, I felt great.

Everything that needed to be said was said. Although I was more visibly nervous than I had intended to show, I still felt strong and in control.

Once it was time for the TEDx team to ask me questions, we eventually got to the exact same question I had been asked before at ASU.

“What makes you the best person to give this presentation?”

I smiled as my mind took me back to that same moment 15 months before.

I smiled because I knew exactly how to answer that question.

And when the ending’s applause came I didn’t feel unworthy like I did before. No, this time was different. I finally felt it was for me.

It’ll be at least another week or two before I know if I proceed to the next round.

We’ll have to see how this plays out.

I was able to power through. That’s what matters.