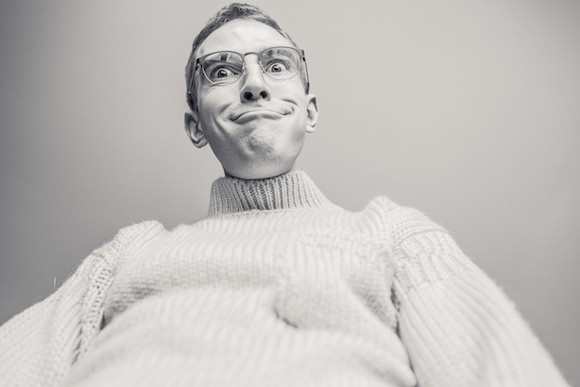 I’ve been told all my life that I’m a weirdo and it always bothered me.

Fitting in was what I wanted most, I never wanted the label of being different.

I’ve always cared about trivial things like small pieces of dark cotton on my white bed sheets, my watch not being completely parallel to the right edge of my table, spilling vodka on my hand (even while I’m tipsy and drunk), and wrinkling my suit by packing it (so I’ll most likely end up wearing it for all 20+ hours of my flights instead).

And these sort of quirks are obvious to my friends and family. Whether it was talking to myself while playing video games or the way I check how dry my lips are by pucking my lips together when (I think) no one’s looking, I felt more self-conscious the more someone pointed out how weird I was.

It eventually got so bad in my teenage years that I opted to try to hide everything about me that I thought was weird. Instead of saying something I thought was funny, I’d double-check myself to make sure it fit into the expected norms.

I stopped giving others the opportunity to point out my quirks because I hid it all under a thin blanket.

Instead of being silly, which essentially is what defines me, I became robotic and boring by playing it safe all the time.

It worked. I stopped getting called out.

But things were worse now. Aside from the fact that I was quite literally hiding who I really was, I became boring and the people who were okay with robotic Vincent weren’t people I enjoyed being around.

The characteristics that made others enjoy my company was replaced by mundane boringness that I thought wouldn’t offend anyone.

Everyone has their own quirks and flaws. I’ll admit I have more oddities about me than most, but it never turned off anyone who I truly cared about.

If, for example, someone dislikes the fact that I occasionally get goofy and start lip syncing and dance around my house enough to remove themselves from my life then I just dodged a gigantic bullet. What future friendship or relationship could I possibly have with someone who lets something so inconsequential and minor get to them that much?

If someone cares so much about anything silly I do then they’re doing me a huge favor by disqualifying themselves from my life.

Fortunately, I don’t really have to remove people from my life all too often these days, since I’m better at just being myself now. Those folks would’ve removed themselves long before any relationship formed. Lots of headaches are avoided simply by me being me.

I’m a big believer in disqualifying people who aren’t a good fit for you.

It allows you to surround yourself only with the people who make you happy, the ones who accept what you have going on in that weird head of yours. It weeds out the people you wouldn’t enjoy spending time with.

You’re a smart enough person to know when a personal quirk of yours is intrusive or harmless. You have plenty of the latter. Don’t hide them.

In fact, don’t even think about them. Just keep doing you.