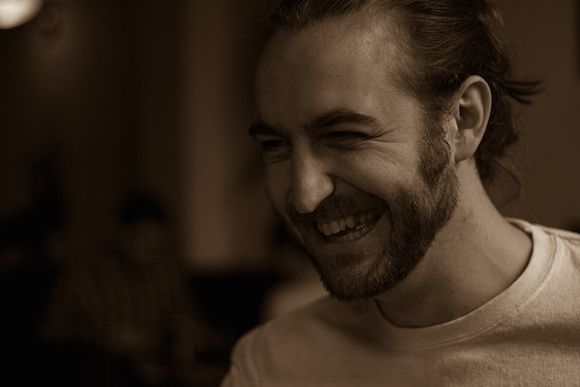 You know what all the best standup comics have in common?

Okay, excuse my poor attempt at making you laugh (and my dream of becoming a comic), alright? I’ll give you the real answer.

They know how to make their audience relate to their stories.

The stories and jokes where you can see yourself in their shoes usually get the loudest laughs from the audience. The ones that make everyone nod along and say, “I know exactly what you’re talking about.”

Here’s a very polarizing example from my favorite comedian, Bill Burr that basically goes against what I literally just said about getting the loudest laughs.

In this clip, he’s going against the majority of the crowd by saying he doesn’t get the Star Wars hype and you can almost feel the audience turn against him, just short of actually booing and hurling their chairs at him at the 51 second mark.

But for me, someone who relates to Bill’s confusion about the hype, I find it absolutely hilarious.

I can easily picture myself in his shoes because I’ve been there dozens of times. People running around talking about Star Wars being the epitome of film while I’m shrugging and not joining the praise, which usually invites confusion as to why I’m not joining hands and hopping around whenever the films are brought up. See how cynical of the franchise I am? That’s me relating to the cranky Bill Burr rant!

Here’s Louis C.K. ranting about crappy customer service. We’ve all been there, Louis.

Here’s George Carlin talking about owning “stuff” and he repeatedly brings the audience into stories they can relate to for his bit.

Whenever these comedians allow us to relate to their stories, there’s a certain connection being developed. Imagine if all their jokes revolved around situations we couldn’t see ourselves in? The vibe would be completely different and we’d be bored as hell.

Telling relatable stories isn’t just helpful in making sure your standup routine doesn’t fall flat. It’s how the best conversations start. It’s how you meet new people and hit it off like you’ve known each other for years.

It’s why people always ask things like “What do you do for fun?” They want to see if there are common interests. Isn’t that how all friendships start?

I usually tell stories about silly things I observe throughout the day, because chances are that most of my observations aren’t unique. A lot of people have wondered about the same things that I have.

For example, I’m usually pretty conflicted when I get a receipt that has a line to tip even when there wasn’t really a service provided short of printing a receipt.

There’s a coffee shop I frequent that has a fridge with salads and some sandwiches. You open the fridge yourself and grab what you want then bring it to the register for them to take your card or cash. When they print you the receipt, there’s an optional line to tip.

When I saw this, I joked to the employee who rang me up about me never knowing if I was supposed to tip in situations like this. She laughed (and admitted that she wouldn’t tip for this either) because she realized that’s something she always notices too when she’s in that exact situation. Every time I bring up this little “rant”, it usually gets a few chuckles with people chiming in with their own experiences.

Next time you’re out and about with someone new, remember to try to relate. Make an observation.