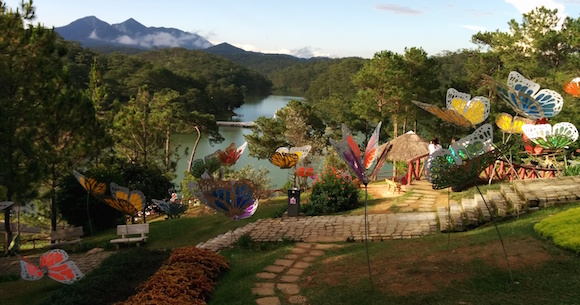 Three years ago, I was trying to figure out how to avoid working in a cubicle from 9am through 5pm every day.

I had been hearing about people who were traveling the world as they pleased while making money from their laptops.

At first, I brushed it off. It sounded too good to be true. Plus, I didn’t personally know anyone living such a lifestyle at the time.

They were simply anecdotes from people writing books and blogging about how great their life was. Surely they were either exaggerating what was really going on or they were trying to scam some poor sucker into buying a $20 product.

But no, it was real.

And somehow in 2013, I entered this world myself (although an employee at first). Then jump forward a year and some months later, I was running my own business.

I spent a year in Southeast Asia, came back to the states for six months, and spent another four months abroad.

During all that time, I met countless entrepreneurs, made lifetime friends, and had some adventures that would be completely unrelatable–unbelievable even–to people back home.

I’ve gone to some of the nicest bars and had bottle service in the best nightclubs in a couple different countries before I had even turned 21 (the legal age to drink in the United States).

I’d met and befriended some of my personal heroes.

I’ve hopped around to a different city every couple days in Japan, a country I had been in love with since childhood, and even drank in a very hippie-inspired bar that supposedly had some pieces of the famous Abbey Road on its own wall.

Yet, as I sat surrounded by my friends in yet another nightclub with alcohol freely flowing, I couldn’t help but think to myself one thing. It was something that was always at the back of my mind. Something that would get criticism and force myself into defense every time I brought it up.

This wasn’t what I wanted.

Everywhere I looked were travelers who were 100% convinced this lifestyle was superior and ideal. These were people who strongly believed that “back home”, whether that was the United States, Europe, Australia, or elsewhere, couldn’t provide them the same levels of happiness as whatever country they had a ticket for next.

But what was wrong with home?

I kept trying to get people to give me the answer to that question. All I heard were different reasons as to why they enjoyed traveling but nearly none of it was applicable to me.

That’s when I realized that, no, maybe traveling isn’t for everyone after all. In large doses, it became a burden for me.

I like my life back home. I have fun there.

Back home always had a certain charm to it that I never found regardless of what I was doing abroad.

There were so many firsts for me while I was away. I don’t think I’ll be heading off to 5-star resorts and jet skiing again anytime soon, or renting out boats to island hop, but that’s fine.

Travel certainly enlarges your perspective and teaches you a lot of valuable lessons but there comes a point where too much of it becomes draining instead of energizing and impactful.

I’m not avoiding international flights forever. I’ll still hop on a plane and venture off somewhere, just not now.

Arizona has my heart and has had it since I first visited as a child. There’s something about this place that made me compare every other city I’ve been to back to here. I keep returning to the conclusion that home is better for me.

For now, this is where I’d rather be. It’s not homesickness, it’s knowing where I’m better off.

If you have the ability to, then certainly travel. Get out there and see if that’s what you like and need.

The only way you’ll know for sure is to live it. Any conclusions you attempt to draw before then is a wild guess at best.

Who knows? Maybe you’ll find yourself at home anywhere but home.

A lot of my friends will tell you about how going back feels boring and unexciting when they return after long periods of time abroad. They’ll say home is ruined for them.

Meanwhile, I’ve only learned to appreciate how great it is to be back home.