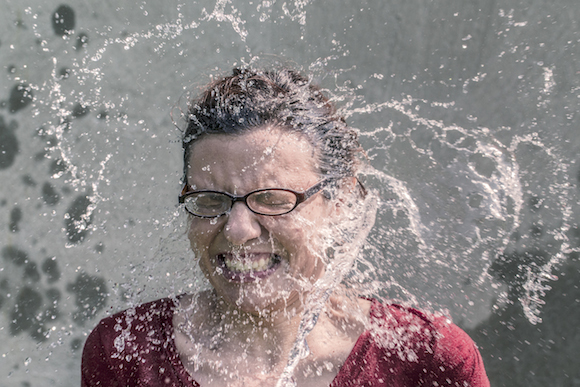 My first day of college was a giant steppingstone for me.

I had just moved from California to Arizona, fresh out of high school. For the last four years I had been shy about expanding my social circles outside of the people I already knew well.

To give you an idea of how shy I was, every year I’d dread the first day of school because I was terrified to find out who I’d be seated with in class. I’d pray and pray that I’d have the same classes as my friends and that we’d be seated together.

When I wasn’t seated with people I already knew, I’d turn red and sweaty. Good luck trying to get me to talk.

Towards the end of my senior year I started taking cautious steps towards befriending new people. I became more comfortable and even began feeding on the excitement.

But I was in a whole new state now. I didn’t know anyone. There were no friends I can rely on to be there for me.

I had to do something I and just about everyone else is deathly afraid of. I had to make new friends all by myself with no fallback.

“Okay, you’re going to talk to at least three strangers today,” I told myself, “You’re not allowed to go home until you do.”

The first person I met was a student who was waiting to pick up her books from the bookstore. We chatted in line and exchanged numbers.

Then I approached a group of five people in the cafeteria. Introduced myself to them, got their numbers, and even went to play volleyball with them later that night.

The momentum carried me forward and I kept up with that challenge on a daily basis. I talked to strangers every day. My friend, who would regularly meet up with me for lunch before our English class, noted that I was with a different person every time he saw me.

The most important for me was doing this as a challenge for myself.

In Steven Pressfield’s The War of Art, he discusses the concept of “Resistance,” that intangible force that stops creatives from producing their work. Think of procrastination and becoming distracted by Facebook as the Resistance. That desire to get up from the chair after staring at a blank Word document for two hours is the Resistance.

“Like a magnetized needle floating on a surface of oil, Resistance will unfailingly point to true North – meaning that calling or action it most wants to stop us from doing.

We can use this. We can use it as a compass. We can navigate by Resistance, letting it guide us to that calling or action that we must follow before all others.”

Even if you’re not a writer you can still apply the idea of the Resistance to your daily life.

When you have those butterflies in your stomach because you want to approach and say hi to a cute girl/boy? Not acting on your desires to strike up conversation is you losing to Resistance.

Not stepping outside the door to have a great night with your friends (and potentially meet new ones) because you’re afraid you don’t know what to wear? Resistance.

Not asking for a raise at work even though you feel you deserve to be paid a lot more? Resistance.

Every time you feel that fear, the Resistance, smile and take the challenge. Treat it like a game between you and it. You’re going to win.

Do it for the potential to grow and expand your comfort zone.

Do it for the story.

Do it for the challenge.