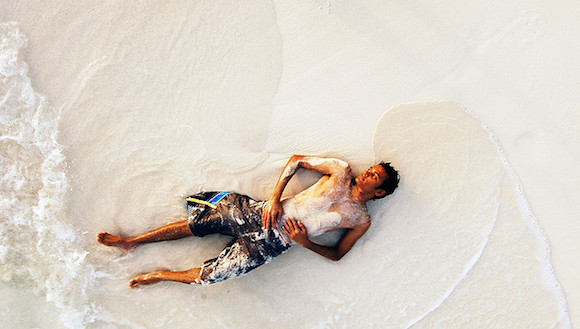 What was the last thing that worried you?

It was something small, wasn’t it?

You can’t just take your mind off these sorts of things. If you could you would. You can’t so you won’t.

You try to act normal on the outside and cross your fingers, hoping that no one notices your eyebrows moving closer together to form an upside down V. You try to relax your face…

And days pass. Weeks, months even. You’re replaying the same events over and over again. Repeating what others said to try to figure out what’s wrong. Finally you forget all about what worried you in the first place.

You find something new to worry about and the cycle repeats itself.

This is how it feels to be a worrywart; stressing yourself over trivial things and blowing things up in your head is the classic symptom of an overthinker.

Being a worrywart sucks and I can say that firsthand because I am and always have been one. I’d stress myself out over something small, get inside my head, and ruin my own day.

The worst thing is that it’s almost always me doing this to myself with exactly zero external conflict.

So what now? You and I are the same, so what could I possibly do for you?

Well, I can’t say that I’ve got it all figured out and under control now—I don’t.

But what I can say is that I’m better at getting out of my own head than I was 2-3 years ago.

Here’s how you can lessen your amount of overworrying.

One of the most effective techniques that gets me out of my head is to ask myself how long can I realistically see myself upset for?

Will it matter an hour from now? Five hours? Tomorrow? Is this something I’ll be thinking about a month or two later?

Most of the time the small things that I spend an entire day thinking about fade away on their own in a matter of hours or days. One week later and I won’t even remember why I was upset the week before.

It’s always important to ask how you’ll feel in the near future. If future-you won’t be bothered (or even remember) what’s going on now then why is present-you wasting energy beating himself up?

Having the right role models has pushed me further than most things in my life. Just being around them, hearing what they have to say, and emulating their ambitious natures have really molded me into the person I am now.

A lot of the people I look up to have a carefree attitude. They don’t let the small things get to them and even if they’re feeling down they can easily brush it off.

So when I’m stuck in my own head and overthinking again I try to ask myself what would my role models do if they were in the same position. Better yet, I try to think about what they would think of me if they knew I was worrying about something trivial.

Easy for the guy who owns a website to say. I’m practically forced to write!

But aside from writing articles, try just transforming your thoughts into letters on a page. Whether it’s Microsoft Word or good old-fashioned pen and paper, get it all out of your head.

Try to avoid writing about how you feel and instead be as objective as possible. If you think someone was laughing at you, for example, don’t write “I’m so pissed off because I know they were making fun of me!” Instead say, “There were some people laughing. I’m not sure if that was directed towards me.”

Reading that lets you sit back and analyze the situation with a less emotional perspective. Plus, you can sort of see how silly it sounds that you may be thinking they’re making fun of you just because they’re laughing at all. People laugh all the time. It doesn’t mean it’s for any particular reason that’s related to you.

If your concerns are silly enough then you’ll start to realize it in the middle of writing it down.

By the way, I find that spending a bit more money on a nicer quality notebook motivates me to actually write it in more often. Cheap scratch paper and $.10 notebooks don’t get me excited to write. Spending about $8 on a Moleskine got me in the habit of handwriting for months.

I love talking to myself. Always have and always will. My uncles used to always tease me when I was a kid because I’d talk to myself all the time. Mostly it was while playing video games, but I’ve caught myself doing it almost everywhere.

One of my dorkier techniques for dealing with overthinking is to have a verbal conversation with myself. In fact, I wrote about cheering yourself up by talking to yourself exactly a year ago!

Be silly with yourself. “Vincent, are you seriously concerned about the way you were walking because a couple of people looked at you for five seconds? You insecure little boy.”

Exaggerate. Poke fun at yourself at your own expense. Call yourself nicknames like “insecure little boy.”

It’ll take the edge off of you and you’ll see the lighter side of the situation.

Gah! Don’t you just hate that word? People constantly telling you to relax makes you do anything but.

Yet, why don’t you and I just relax? It’s easier said than done and no one knows that better than I do, but I really am just relaxed more often than not.

Some things light a fire under me when someone else in the same situation wouldn’t mind it. Oh well, that’s me. 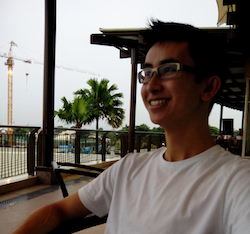 I’m a bit uptight at times when I really should just be enjoying myself. Again, that’s me.

But I do remember all the times when I am just laidback. Why can’t I be more like that even when there’s something poking me?

So let’s both make an effort to relax more. Let’s drop dramatizing every little thing and replaying them in our heads.

Life’s so much more fun on relax, IDGAF mode.