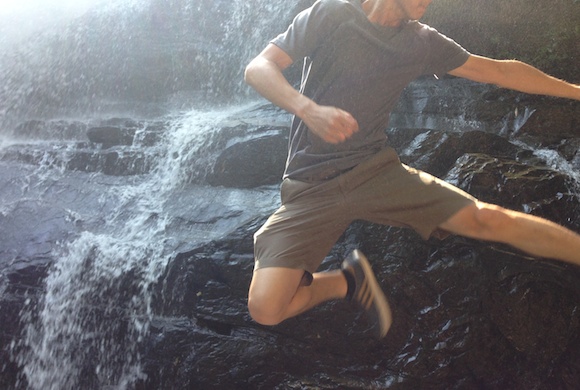 Three weeks ago, I wrote about my audition for a TEDx talk.

Sorry to disappoint team #vinceforTEDx (was that ever a thing?) but I didn’t get it.

Without getting into speculation, I’ll just skip ahead and say I was caught off guard. I really thought I had it, although that may have just been my arrogance blindsiding me into celebrating early.

The talk was something I really wanted and I can’t pretend like I’m not disappointed. Such strong desire is a rare feeling for me.

I had poured hours and hours into practicing for the audition. I had even attended a Toastmasters event to solicit feedback.

But here I am, reading my rejection email.

On a more positive note, disappointment isn’t the only emotion I feel at the moment.

Like the flame that pushed me to ignore my fear and audition, there’s still something burning inside.

I’m moving onto something much bigger.

Although I can’t disclose the exact details yet, I’m excited to see how this plays out. I’m going to be taking the biggest risk I’ve ever taken.

And this time, it will mean I give up something that I love in pursuit of something even greater.

I will be giving up stability and security. I’ll be surrendering an ego boost of sorts. I may even be disappointing a lot of people who I care about.

Despite all that, something tells me it’s going to all work out in the end. It will be worth it. Even if it means there are sacrifices in the short-term.

You only have two options after you fail:

You can pity yourself and kick rocks.

Or you can move onto the next big thing.

For too long now, I’ve had it too good. I’ve forgotten what it feels like to be denied the grand prize.

But perhaps that means I don’t put myself out there enough. Maybe I don’t stand in the line of fire for others to judge as often as I should.

So that’s what I’m going to do. To hell with safety nets and clinging onto what’s comfortable.

2013 was a great year. It brought me Self Stairway and dozens of opportunities that came forth as a result of this very site.

2014 was an even better year. I spent 11 of the 12 months in Southeast Asia. I’ve experienced things that I will continue to dream about for the next several years to come. I’ve met people who literally changed the way I view the world.

It’s going to be the year that defines who I truly am and set a foundation for my future.

Here’s to moving onto the next big thing.